Town of Amherst – In the space of a year we conducted three separate processes for the town. 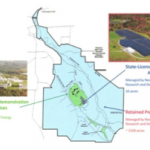 federal and state legislators, environmental organizations, local business, civic and community groups and the Seneca Nation of Indians.  www.westvalleyctf.org. In August 2012 he facilitated a Climate Change Workshop for the site.

Pompton Lakes Community Advisory Group. In 2010, through SKEO Solutions, with a colleague conducted an assessment and convening report for EPA and community stakeholders concerning the former DuPont munitions site in Pompton Lakes, New Jersey. The site and approach in the community are very controversial and involve EPA, NJDEP, local, state and federal elected officials. Following the assessment, Bill facilitated the CAG through late 2011 as it addressed issues concerning soil and groundwater remediation and sediment dredging in the lake. The community was highly divided around priorities, actions and requests for listing as a Superfund site. The CAG had representation from residents, local business interests, local and regional environmental groups, town committees, and ex-officio members from NJDEP, NJDHSS, EPA, ATSDR, and the borough council.

Environmental Planning/Clean Up and Regulatory Negotiations

Governor’s Council on Climate Change/Connecticut Department of Energy & Environmental Protection. Bill guided the staff in the design of a public engagement process and facilitated a sessions to gather stakeholder input on design of the process.

Connecticut State Vegetation Management Task Force. The Connecticut Forest and Park Association and Connecticut Department of Energy & Environmental Protection engaged Bill to facilitate Task Force meetings. In the 2011 Connecticut residents suffered through severe disruptions first from Tropical Storm Irene then the October Nor-easter. Based on independent recommendations to improve the state’s level of disaster preparedness, the Task Force was formed by the Commissioner of Department of Energy & Environmental Protection with the mission to develop standards for road side tree care in Connecticut, vegetation management practices and schedules for utility rights of way, right tree/right place standards, standards for tree wardens, municipal tree inventories and pruning schedules. Bill facilitated the Task Force whose members included representatives from utilities, municipalities, Department of Transportation, Department of Public Utility Control, tree wardens, and environmental organizations. Following the public input and release of the consensus recommendations, Bill facilitated negotiations over proposed legislation on tree trimming and pruning by the utilities. Several pieces of legislation resulted from the process.

Forest Futures Visioning Process. The Massachusetts Department of Conservation and Recreation (DCR) initiated the Forest Futures  Visioning Process in the spring of 2009 to develop a long-term strategy for managing the 308,000 acres of lands in the State and Urban Parks system, taking into account the attributes of these forests and their place in the overall context of the state‘s three million acres of public and private forests. Bill Logue led the facilitation team, that included Loraine Della Porta, that conducted the convening assessment and process design and 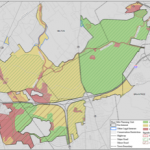 meetings of an eleven member Technical Steering Committee that developed the recommendations for this 100-year vision. The recommendations were informed by input from an Advisory Group of Stakeholders and by an extensive public feedback process that included five public forums that collectively attracted over 500 participants, approximately 450 written submissions, and over 250 responses to an on-line survey. Bill and Loraine later led a follow up public engagement process for implementation of the landscape designations.

Massachusetts Off-Highway Vehicle Enforcement and Education Working Group.  The Massachusetts Executive Office of Energy and Environmental Affairs and the Department of Conservation and Recreation assembled the Off Highway Vehicle (OHV) Working Group to advise the Commonwealth on a variety of issues related to OHV use on public and private lands in Massachusetts.The OHV Working Group was comprised of representative stakeholders from a cross-section of state and municipal agencies and rider and environmental organizations and associations. The Working Group identified more than forty actions that it believes will enhance public safety; protect property and resources; support increased, effective and consistent enforcement; and improve conditions for responsible OHV users across the Commonwealth. The recommendations concerned changes to statutes and regulations and on the ground interim and long-term strategies.

New Bedford Harbor Environmental Clean-Up. Loraine acted as lead facilitator for this 18,000-acre New Bedford site in an urban tidal estuary with sediments which are highly contaminated with polychlorinated biphenyls (PCBs) and heavy metals. At least two manufacturers discharged industrial wastes containing PCBs directly into the harbor and indirectly via the city’s sewerage system. As a result, the harbor is contaminated in varying degrees for at least 6 miles, from the upper Acushnet River into Buzzards Bay. Over 100,000 people live within 3 miles of the site. Loraine, as staff of MOPC acted as one of the lead facilitators for the New Bedford Harbor Superfund Forum, consisting of the citizens of New Bedford and neighboring towns, the U.S. EPA, and the Massachusetts DEP. The Forum for many years continued to meet to monitor the implementation of the mediated agreement.

National Estuary programs. Bill has facilitated management committee meetings of two national estuary programs and assisted in the process of developing an action plan for one of the programs.

Metropolitan Area Planning Council (MAPC) engaged Loraine and Bill, through the Massachusetts Office of Public Collaboration to  undertake a public engagement process to assess the local communities’ and stakeholders’ views on the potential extension of the Green Line from College Avenue in 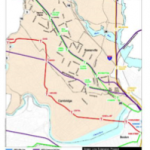 Somerville to Route 16 in Medford Massachusetts and the building of a station at Route 16. From this process, MAPC made recommendations to MassDOT on options available for this potential component of the Green Line Extension, including potential Transit Oriented District (TOD) impacts associated with the Route 16 Station. This community engagement process involved five public meetings with attendance ranging from 75 – 140 people.

Longfellow Bridge Task Force – MassDOT Accelerated Bridge Program. The 36 member Task Force was convened by MassDOT to engage a cross-section of stakeholders as part of the Massachusetts Environmental Policy Act public engagement process to provide input into decisions and options for inclusion in the agency’s submission of the Environmental Assessment to the Federal Highway Administration. The Task Force met from June through November 2010 before releasing its  recommendations. The group focused on cross section design and allocation among users (rail, vehicles, cyclists and pedestrians), connections to parklands and impacts on surrounding communities. Members were concerned about the environmental and health implications of the outcomes. Bill and Loraine led the process design and facilitated meetings. View Process Map

Other projects. Bill facilitated a retreat of Massachusetts Transportation stakeholders in an effort to develop a cross-sector collaborative.

Massachusetts Department of Social Services.  Bill conducted an extensive assessment and led and managed a 9-month consensus building process with 26 representative stakeholders that addressed public/private roles and responsibilities and decision making in relation to provider accountability in a new system of care to encompass approximately $320 million in contracted services.

Connecticut. Early in his consensus building career Bill assisted in the facilitation of a consensus process for the realignment of agency functions for Connecticut public health, mental health and substance abuse.